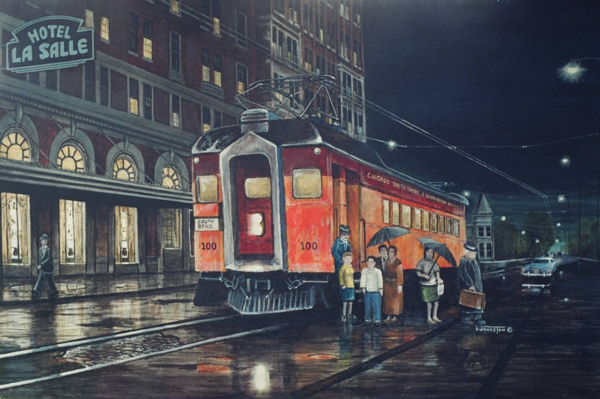 The South Bend metropolitan area, commonly known as Michiana, has about 320,000 residents and is anchored by its largest city South Bend and other nearby towns like Mishawaka and Niles, Michigan.

South Bend gets its name for being located at the southernmost bend of the St. Joseph River. The area was long settled by Native Americans including the Miami tribe and later the Potawatomi until being forcibly removed from the land during the 1840’s.

The first white settlers in South Bend were fur traders who set up trading posts during the early 19th century. The city became the county seat of St. Joseph County in 1831 and the University of Notre Dame was founded in 1842. Through the 1850’s, many immigrants arrived with the rise of new factories. Among these new industries was Studebaker, which would become the world’s largest wagon manufacturer and the only one to later successfully build automobiles.

Other industries such as Honeywell, Bendix, and the South Bend Watch Company continued to develop in the 20th century. The city became the first American city to develop an electrified trolley service and established an interurban street car service to Chicago, the South Shore (picture above), in 1925. By the 1950’s, over half of the city’s residents worked in the manufacturing sector and South Bend reached its peak population in 1960 at over 132,000 residents.

However, the closing of the Studebaker factory in 1963 led to a period of decline. The city’s population declined by over 30,000 residents in the second half of the 20th century and the percentage of those working in the manufacturing sector dropped to 16 percent.

Recently, economic development efforts have led the city’s population to increase for the first time in years. In 2015, the city celebrated its 150th birthday with the largest single year growth in population in over twenty years.

Projects such as Smart Streets to transform downtown and the creation of technology parks in conjunction with Notre Dame, Ignition Park (on the grounds of the former Studebaker plant) and Innovation Park (right across the street from campus) have the city growing and primed for the 21st century.