The Ingal-Galbenski Administration was elected in February 2020 and will serve a one year term. Campaigning on a platform of accompanying, advocating for, and amplifying every student on campus, they hope to build a culture in Student Government that truly uplifts every student, being a force for good and truly fostering a culture of collaboration.

The Executive Cabinet was selected through a rigorous application and interview process, in which applicants were interviewed by the Executives. Department Directors come from all corners of campus and have a vast array of personal and professional experiences. Many Department Directors have been involved on campus in Hall Government, Clubs, Club Sports or Athletics, and some have been members of Student Government. 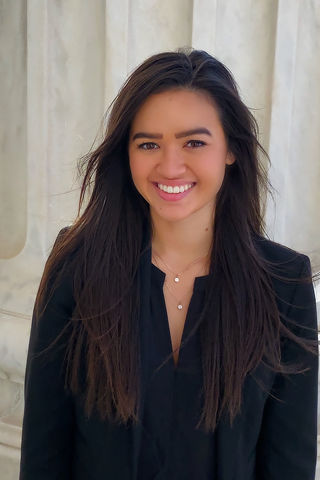 Rachel Ingal is a senior Political Science major, minoring in Business Economics and International Development Studies. She is originally from Cincinnati, Ohio, and is a former Badin Hall Bullfrog.

Often heard singing around campus, Rachel is a proud member of Halftime A Cappella, and you can win her heart over with any karaoke duet. She is a podcast aficionado and religious listener of The Daily, and she also enjoys spending her free time watching her guilty pleasure show, The Bachelor.

At Notre Dame, Rachel has previously served in Student Government as Director of FUEL on Executive Cabinet and as a member of the Department of Diversity and Inclusion. She served as the Vice President of Badin Hall and on the Junior Class Council. Additionally, she works for the Admissions Office as a tour guide and in the Kellogg International Scholars Program. Rachel is also a Brennan Family Scholar and in the Glynn Family Honors Program.

Feel free to reach out to Rachel at ringal@nd.edu. 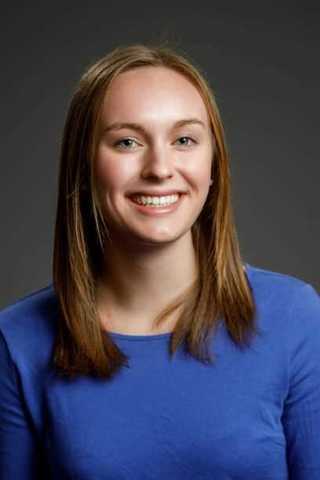 Sarah Galbenski is a senior majoring in Spanish and Global Affairs with a concentration in International Peace Studies. She hails from the dynamic city of Detroit, Michigan, but she spent the fall semester making Santiago, Chile her home. On campus, she lives in Walsh Hall, home of the Wild Women!

A yoga enthusiast, Sarah can often be seen practicing in Yoga Steve’s studio in Duncan. Her passions include Detroit sports teams, chai tea, and any song Lin-Manuel Miranda has ever written.

Sarah is enthusiastic about service in local, national, and international contexts. She considers the Center for Social Concerns to be her second home on campus, having participated in several Community-Based Learning courses, Social Concerns Seminars, and the International Summer Service Learning Program. Additionally, Sarah is a member of the Notre Dame Folk Choir, Kroc Institute Student Peace Conference Committee, the Kellogg International Scholars Program, and the Suzanne and Walter Scott Scholarship Program.

You can reach Sarah by emailing her at sgalbens@nd.edu. 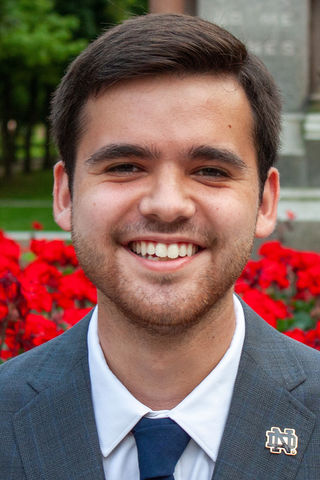 Aaron Benavides is a senior studying Political Science, Digital Marketing, Journalism, Ethics, and Democracy, and Theology from Corpus Christi, Texas. He is a member of the inaugural cohort of the Latino Studies Scholars Program and a part of the Glynn Family Honors Program. On campus, he is a proud resident of Duncan Hall and works at the Basilica of the Sacred Heart.

Aaron has been involved in Student Government since his freshman year. He presently serves as Chief of Staff, a role in which he manages the Executive Cabinet and chairs the Executive Committee. He has also previously held the roles of Director of Faith and Service and Press Secretary and Director of Communications. His other extracurricular activities have included membership in Junior Class Council, serving as the 2020 Junior Parents Weekend Mass Chair, and working on the Welcome Weekend Steering Committee since 2019.

Appointed by University President Fr. John Jenkins in 2018 to the Campus Engagement Task Force, Aaron was the sole student representative on the committee tasked with facilitating the University's response to the clerical abuse crisis.

Previously, Aaron has interned at the United States Conference of Catholic Bishops in the Secretariat of Cultural Diversity in the Church and at the London-based Catholic Herald magazine. He aspires to pursue graduate studies in communications and public relations.

Aaron is always happy to hear from fellow students. His email is abenavi3@nd.edu.